Siberia: Home to the Largest Freshwater Lake in the World

If you’re a fan of large bodies of water that are encompassing like the ocean yet very still and silent, then I recommend you visit this phenomenal place. It will make you feel an interesting contradiction of emotions, such as the notion of being compelled and very much at peace.

Siberia is a province that extends along a large portion of Central and Eastern Russia. It is administered as part of the Russian Federation and made up of three geographical regions: Western Siberia, Eastern Siberia and the Russian Far East. It accounts for 77% of the country’s surface area. Vast regions of the province are uninhabited and most of its population is concentrated within large cities. But aside from its geographical constitution, what makes this region in Russia so unique that it is often referred to as its own entity? 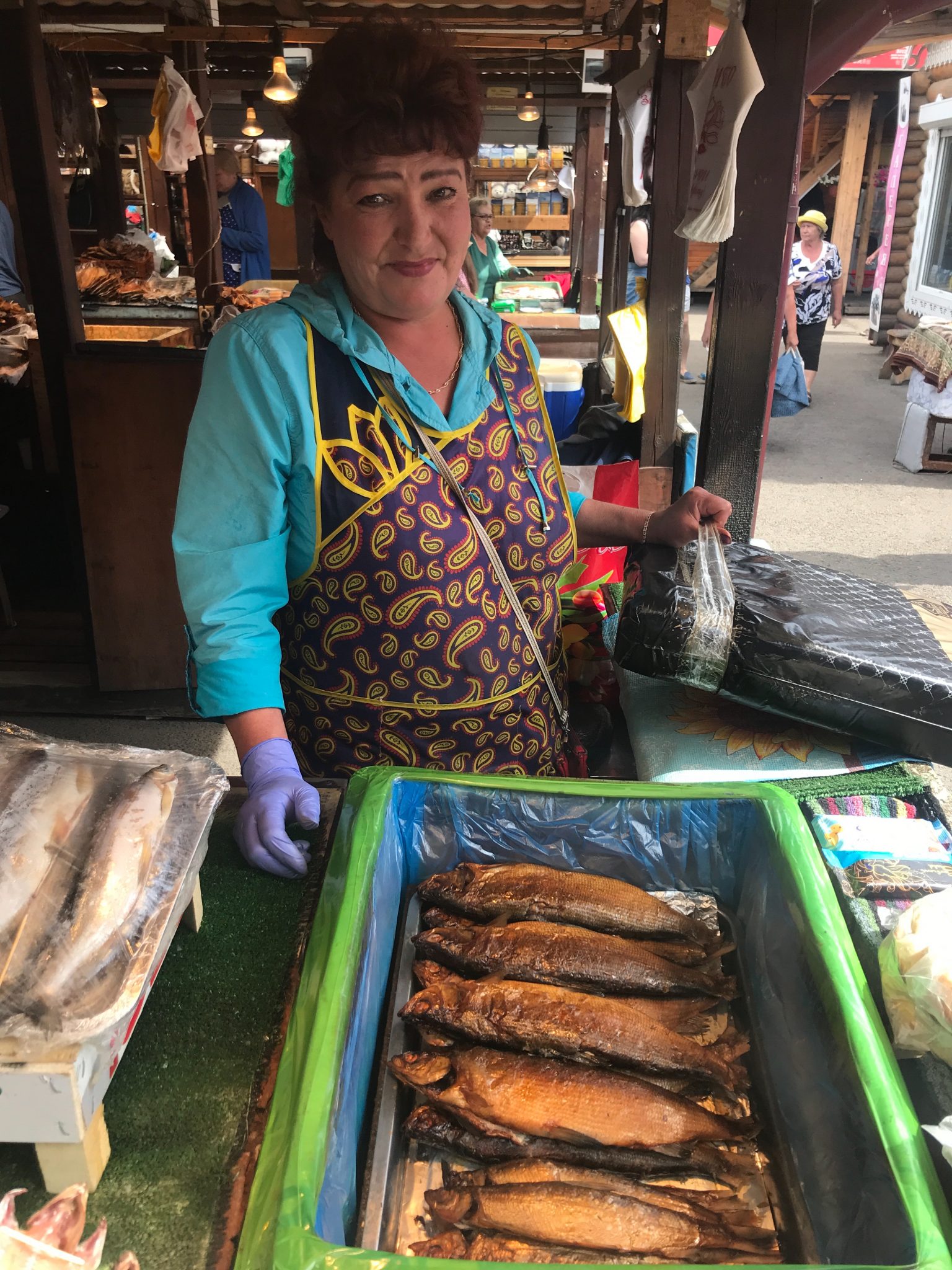 For years, I heard many stories about this vast and extremely cold land, and was curious to explore its unique cultural diversity. Before visiting the region, it was encrusted in my mind that it was made up of a radical blend of ethnicities. It seemed that Siberia was a large enough region and so prominent in character that it was often referenced to uniquely by its name rather than in the context of a Russian province.

A few things I quickly learned while there was that it’s actually not cold at all during the summer. The average temperature in June is 59 degrees F. The population is conformed of 90% Ukranians and Belorussians, and the remaining 10% percent of native/indigenous Siberians. Russia recognizes 40 different indigenous communities living in in the region. These remote cultures were the image in my head when thinking of Siberia. Ever heard of the Australian photographer Alexander Khimushin? I recommend viewing his photographs of the indigenous Siberian communities for his project The World in Faces. They will leave you in awe.

However, on this occasion, my voyage to Siberia concentrated on only one small part of the province: the city of Irkutsk. The reason for landing there was to take the Trans-Siberian Railway across parts of Russia, Mongolia and China (have I mentioned I’m a big fan of geographical and cultural transitions?)

Irkutsk has one international and domestic airport, and arriving there from Moscow is quite the experience, since it means you’re basically traversing an entire continent. To paint a picture-- there’s a five hour time difference between Moscow and Irkutsk! Visting Lake Baikal from Irkutsk is quite easy, with available minivans leaving the city every few hours. One thing to note is the language barrier. Unless you’re fluent in Russian, navigating the road signs and directions can prove quite challenging. However, the local community was very attentive and kind to help. My host gave me instructions on how to find the bus that led to the town of Listvyanka, which is where most Irkutsk locals and tourists go to spend the day at the lake.

I probably missed a couple of buses before actually getting on, since it seemed that no one was actually waiting, but little did I know I was simply misreading the signs, literally. The ride was about 30 minutes long, and stopped periodically along the road to pick up pedestrians. I rode at the front, in between the conductor and another passenger. It’s a pretty informal ride, which is my favorite cup of tea. Think of an Uberpool ride but with a much larger and unfamiliar group of people.

Visiting Lake Baikal in late June meant that even though it was the summer, the water was still freezing cold. I wasn’t able to do more than dip my toes to get across to a floating pier. I felt as though my little toes would fall off. People around me however, were enjoying parties on small boats and sitting on plastic chairs placed firmly against the rocks at the shore, and children splashing around in the lake. The environment was lively.

It’s important to note that Listvyanka is pretty much the entrance and beginning of Lake Baikal, which then continues to expand towards the northeastern part of Siberia. It extends up to 395 miles, which is eight times larger than Lake Michigan in the US and over three times larger than Lake Titicaca on the border of Bolivia and Peru (the biggest lakes in the continent of America).

“Its presence is electrifying” 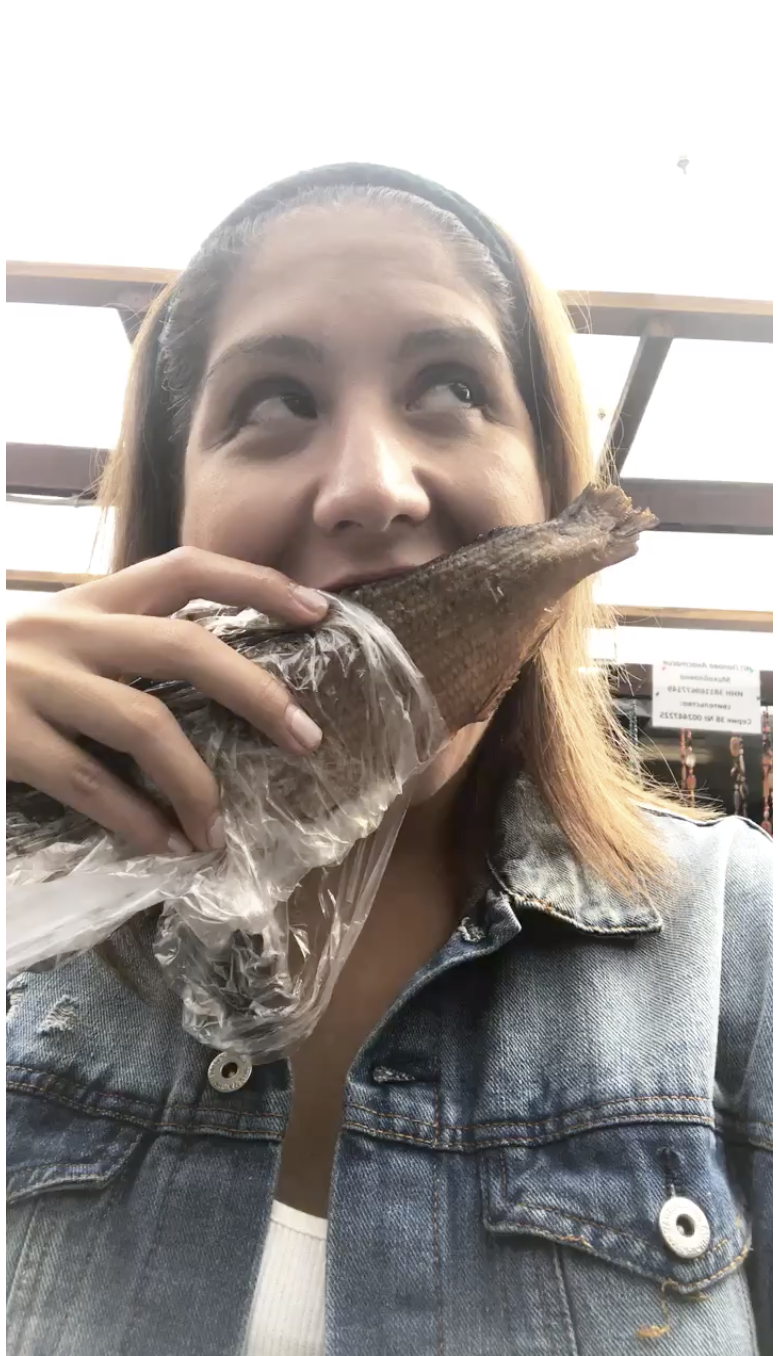 What I was most compelled by when coming into contact with Lake Baikal was the feeling of being in front of the ocean, with no end in sight. It’s hard to say whether what makes an ocean so powerful is its majestic size or the sound of its crashing waves. In the case of Lake Baikal however, there weren’t any waves, nothing but a light splashing. There are no seagulls or seashells. There are mostly rocks, pebbles and sand. The water is clear, but not blue at all, just very transparent. Yet one thing that differentiates it from every other lake-- it’s massive. So much tranquility makes you feel like something is about to happen, and when it doesn’t, it brings you to a place of complete peace. Its presence is electrifying.

Another thing to fully take advantage of is the fish and fruit markets. They extend along the main piers where most people gather. You can’t miss it. The market is packed with grilled fish, dried salmon, trout and fresh blueberries. My favorite part of all: eating an entire fish straight out of a plastic bag, and being able to fully hear myself chew on it while contemplating what seemingly appears to be a never-ending lake.

Why Mongolia Is Ahead of the Ecotourism Game Previous post